The latest addition to the community's event venues, the Montrose Rotary Amphitheater is capable of hosting events with up to 5,700 attendees in its sloped seating area. The facility is situated in a wooded area of Cerise Park near the Uncompahgre River and was intentionally designed with a low-profile character that fits the park setting and promotes a welcoming ambiance.

Event attendees can access the amphitheater by vehicle via Shanes Way or by foot or bike via the Connect Trail. Plentiful parking options are provided at existing areas within the Clifford E. Baldridge Regional Park complex, which includes a large parking area adjacent to the amphitheater in Cerise park and satellite parking at River Bottom Park, Sunset Mesa, and West Main Trailhead.

To reserve the facility, please review the following amphitheater use and reservation information and submit a reservation application.

The city hired Del Mont Consultants and Thomas Chamberlain Architect in 2017 to help set design features based on the needs and expectations of the community and potential uses. While design work was progressing, the city began setting aside resources for the project.

Stryker and Company was hired to build the facility at a final cost of $2.8 million, well below the $3.2M that was budgeted. The City of Montrose funded the bulk of the construction cost through its General Fund, Retail Sales Enhancement Fund, and Tourism Promotion Fund and with contributions from Montrose Rotary Club ($187,633) and Montrose Recreation District ($50,000).

The city will operate the facility with existing staff, providing support for events held at the amphitheater and other venues during the summer months to ensure an exemplary community experience. Reservations for the specific areas of the facility and public amenities surrounding it are being coordinated by the City Clerk’s Office.

The facility was not designed to be a revenue generator for the city via ticket sales, instead, it is meant to be a community asset that enhances the quality of life in Montrose and draws visitors. 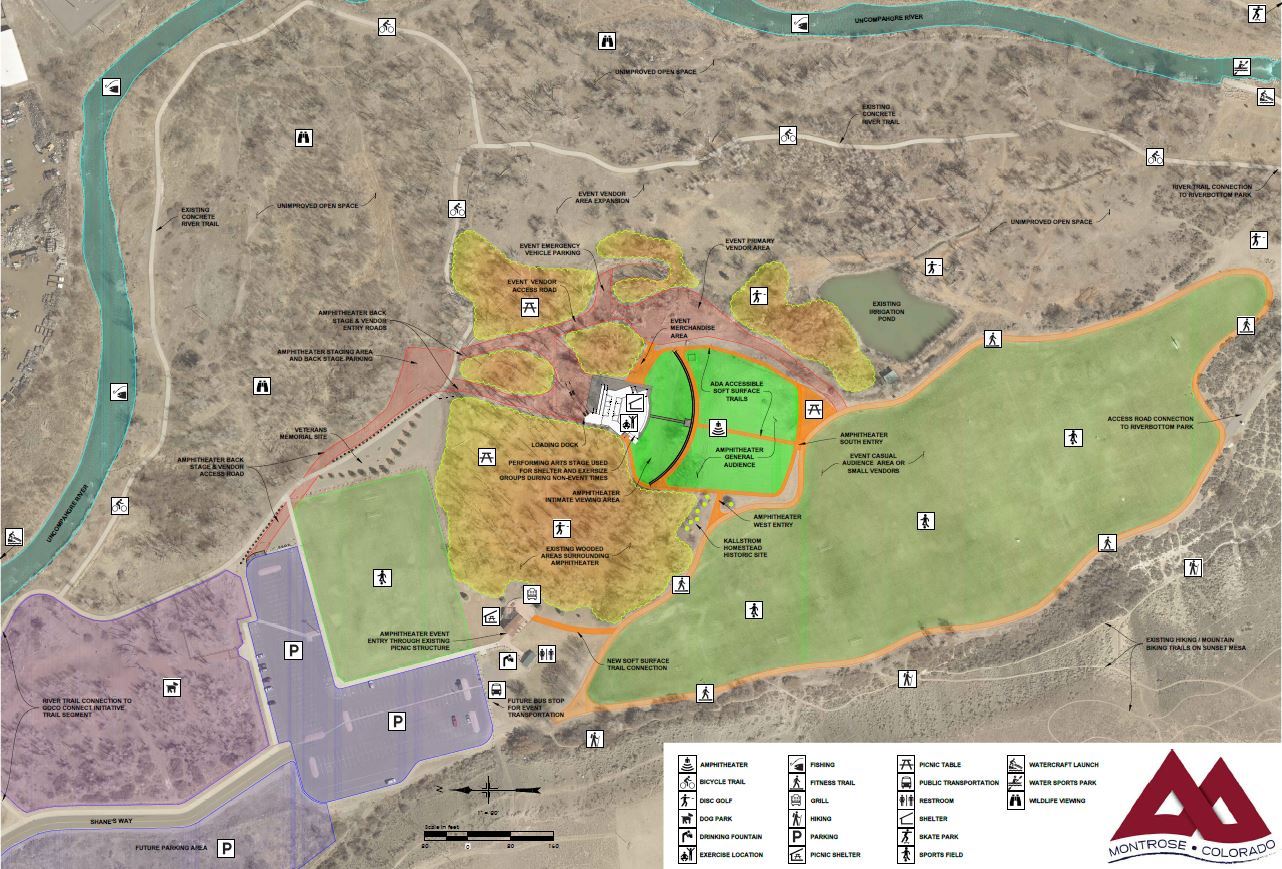