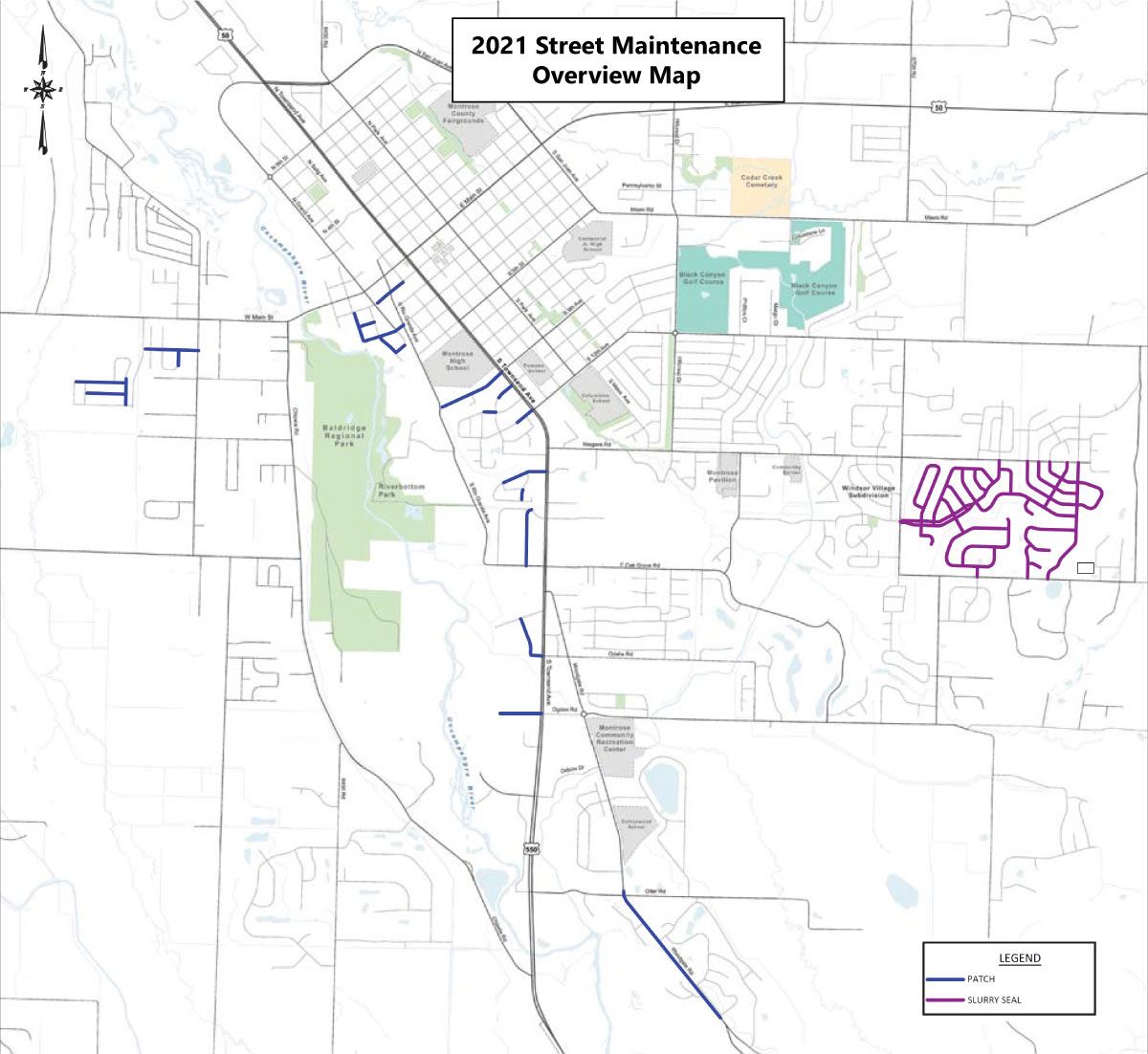 MoveMo Street Maintenance efforts over the past several years have focused mostly on the improvement of minor arterial roadways approaching failure (e.g., overlays of Hillcrest Drive, South Park, Nevada, etc). This year’s project intends to focus on surface treatments and patching at the locations shown in the attached overview drawing.

With the exception of South Woodgate Road, this year’s patching work will focus on failed pavements west of Townsend Avenue within areas that city crews are also scheduled to crack seal in the near future. Ultimately, this work aims to get patching efforts on a similar rotation as crack sealing performed by in-house city crews.

Surface treatments for this year are proposed to be slurry seals east of 6700 Road between East Oak Grove and Niagara Road within areas that were recently crack-sealed by city crews. These pavements date back to the early 2000s and this would be their first round of surface treatments aimed to prevent more costly repairs in the future. Slurry seals are a combination of a fine aggregate and an asphaltic binder that work to smooth out surface irregularities and to protect the roadway from water intrusion/UV degradation. Slurry seals are used in lieu of chip seals within residential neighborhoods given the public’s general dislike of chip seals and a chip seal’s lower effectiveness in areas without high traffic volumes to press in the chips.