Current and past information about the budget, expenditures, and revenues for the Public Safety Fund is available online via the city's Financial Transparency Module. Monthly reports showing the most current year-to-date sales tax revenue information for the current year can be found on the Sales Tax page.

In late 2018, the Montrose City Council created the Public Safety Citizen Advisory Committee (PSCAC) to critically analyze the operations and needs of the Montrose Police Department and see where any additional funding could be found in the city's existing budget to meet the department's needs. The City Council also tasked the PSCAC with providing written recommendations to the Council on issues involving possible public safety funding initiatives.

Following five months of work, the PSCAC presented its findings to the City Council along with a final report regarding staffing and funding recommendations for the future of the Montrose PD. Based on recommendations in the report, the City Council unanimously approved Resolution 2019-19 on July 16, 2019, which authorized a ballot question for the general election held in November 2019. City of Montrose Ballot Issue 2A appeared on the Montrose County 2019 Coordinated Election ballot and was approved by voters. The full wording of the ballot question and the city ordinance, detailing the collection and use of funds as approved, are available for download.

The new Public Safety Complex (PSC) encompasses the existing PD site and the adjacent parcels. A ground-breaking ceremony for the $16 million project was held on April 5, 2021, and a grand opening celebration was held on September 27, 2022. Get detailed project info, including before and after construction views, on the PSC Project page. 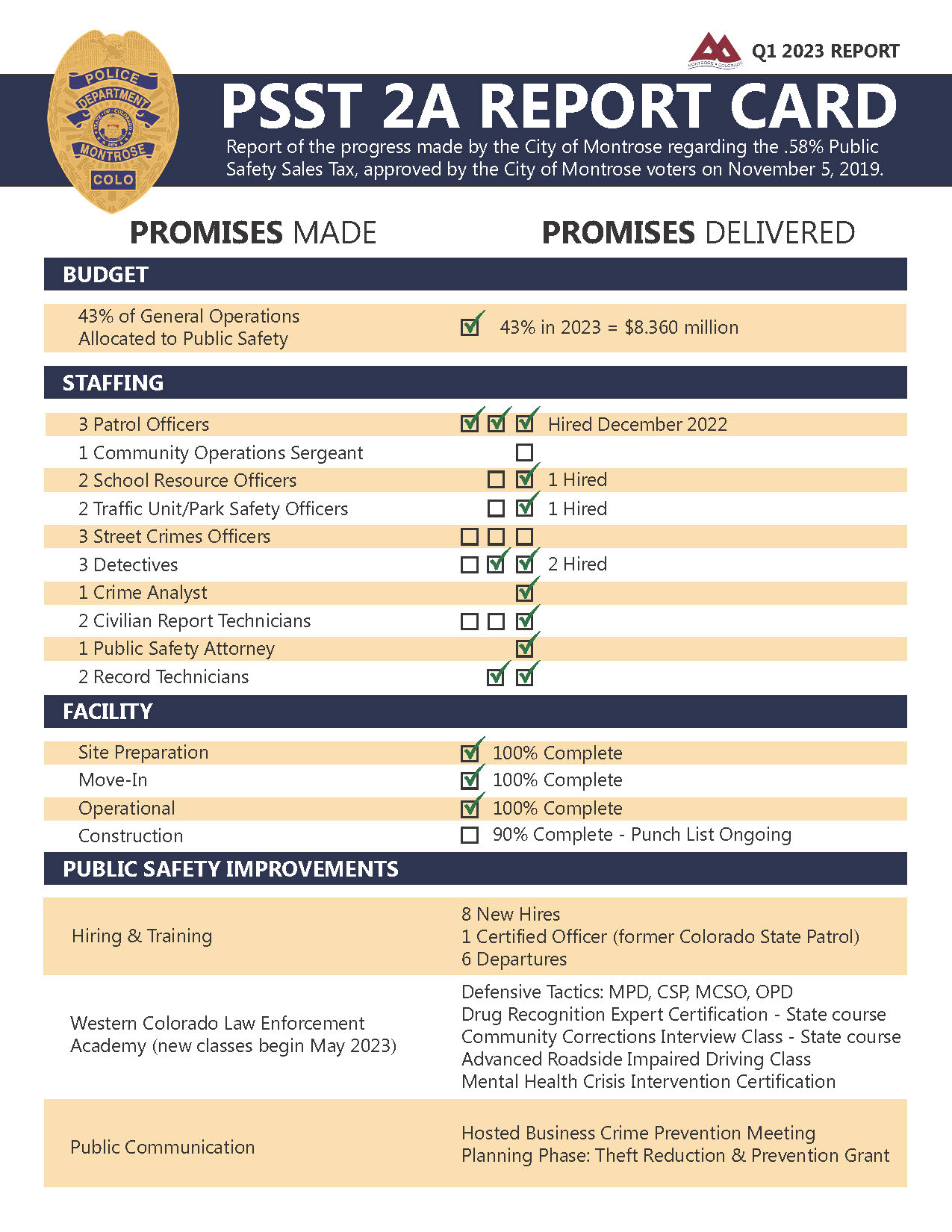 City staff regularly updates the Montrose City Council regarding the progress of activities that were specified in the PSST ballot measure. The most current summary of the report is presented here.

The following points were also included in the most recent update: