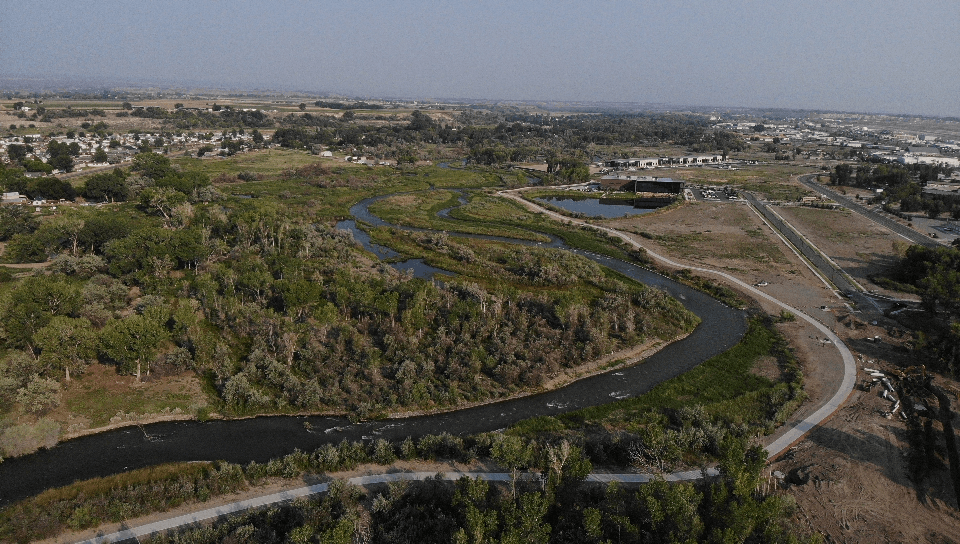 Since its creation in 2017, the Montrose Urban Renewal Authority (MURA) has completed Phase I of public infrastructure improvements and construction of the Connect Initiative recreation trail within its boundaries. As part of these two projects, Mayfly Outdoors dedicated approximately 45 acres along the Uncompahgre River to the city, allowing for construction of the river trail and opening the river corridor to public recreational uses.

Historically, the river corridor within the MURA has been subject to damaging land uses and practices such as forced realignments of the river, gravel mining operations, and placement of rubble and debris fill within and adjacent to the river. As a result, the river has experienced habitat loss and has historically been quite unstable.  In response to these issues, the MURA’s plan of development envisioned restoration of the river corridor throughout the MURA boundary to include the restoration of riparian habitat, fish habitat, stabilization of the river banks, and overall improvement of the river user’s experience.

An overview of the river restoration project is shown in the accompanying slides. Although the design has been completed for the entire project between the West Main Bridge and the northern end of the MURA boundary, this first phase of construction focused on the central 3,250 feet of the project. Project designs were prepared in consultation with a local volunteer river committee consisting of approximately 15 representatives from the City of Montrose, Mayfly Outdoors, Colorado Parks and Wildlife, Gunnison Gorge Anglers, Trout Unlimited, local guides/outfitters, river interest groups, river restoration experts, civil designers, and a landscape architect.

The city was awarded $784k in grants from the Colorado Water Conservation Board and Colorado Parks and Wildlife to help fund the project. The remaining project costs were funded by the Montrose Urban Renewal Authority. 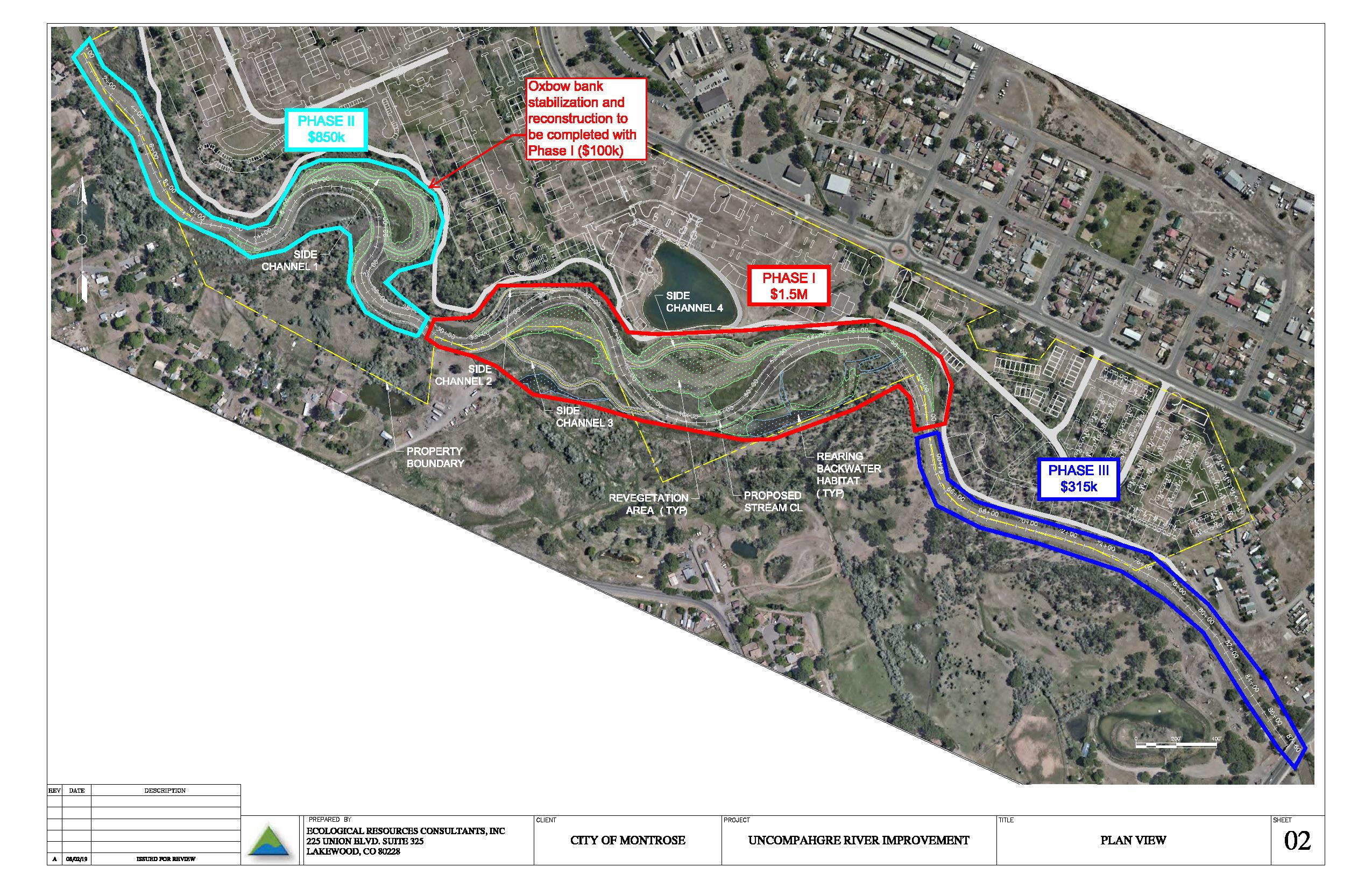