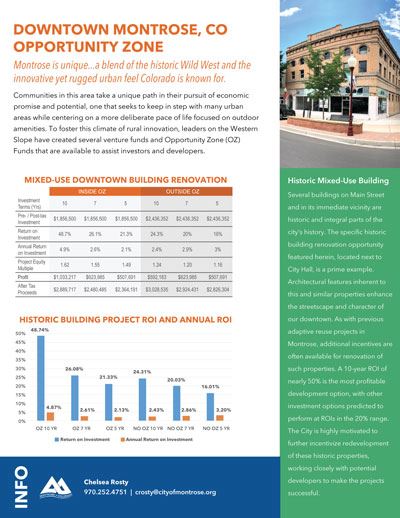 Several buildings on Main Street and in its immediate vicinity are historic and integral parts of the City’s history. This prospectus modeled a specific historic building, located next to City Hall, as an example for the entire downtown. Architectural features inherent to existing properties such as these enhance the streetscape and character of downtowns. Financially, additional incentives are often available for the renovation of such properties, as in the building modeled in Montrose. A 10-year ROI of nearly 50% is the most profitable development option, with other investment options predicted to perform at ROIs in the 20% range. The City is highly motivated to further incentivize redevelopment of these properties, working closely with potential developers to make projects such as this example successful. 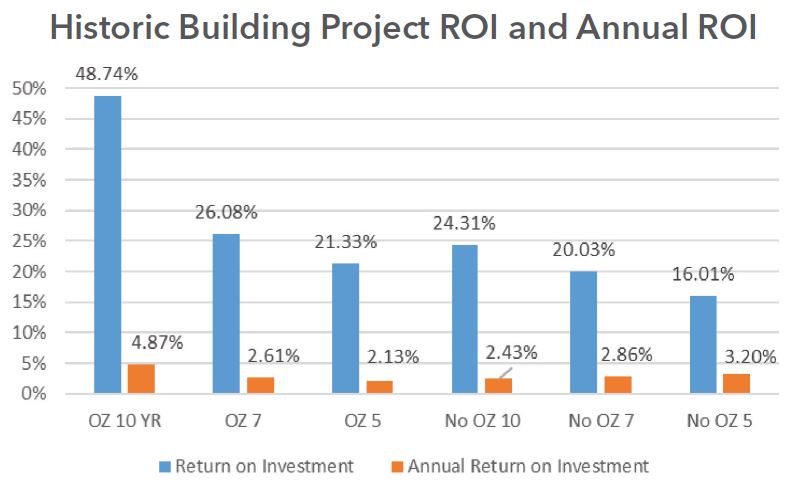 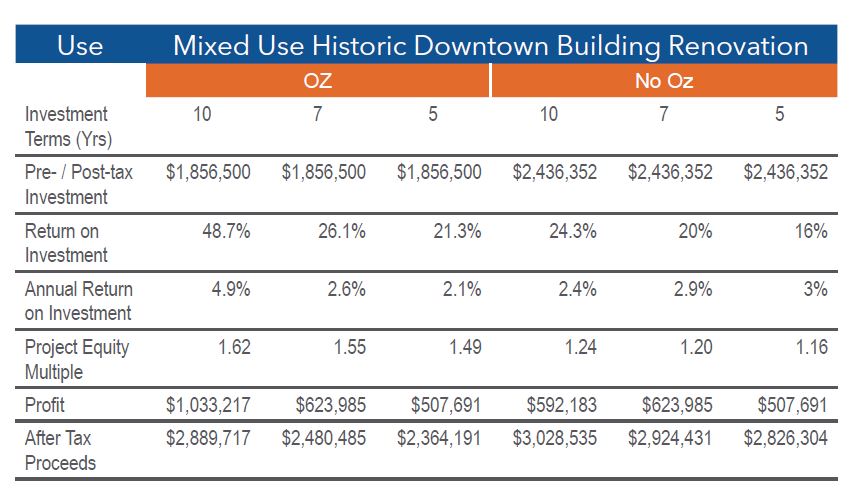