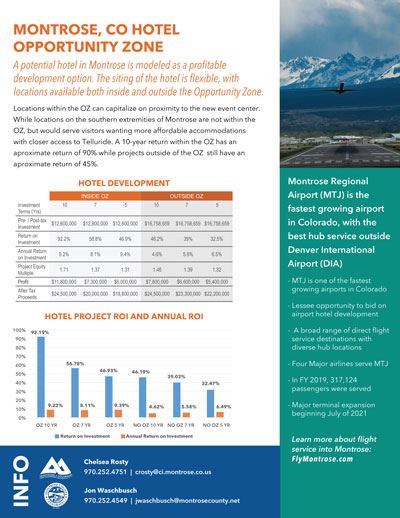 Montrose Regional Airport (MTJ) is the fastest growing airport in Colorado, with the best hub service outside Denver International Airport (DIA). These hubs are diverse, with new major cities added each year. This broad range of service locations complements the growing business and investment attractiveness of Montrose, enabling both business and pleasure travelers direct access from some of the country’s major financial hubs. Currently, direct flights arrive in Montrose from New York, Newark, Charlotte, Atlanta, Chicago, Dallas, Houston, Phoenix, Los Angeles, San Francisco, Denver, and Salt Lake City. Five major airlines serve Montrose with this nonstop service to these major destinations throughout the U.S. In FY 2018, 266,533 passengers were serviced at the airport.

Montrose serves three world-class ski resorts and several natural wonders, such as the Black Canyon National Park, which is only a 20-minute drive. Plans for a significant terminal expansion in the near future will enable the airport to continue meeting the needs of its domestic and international customer base to the highest level.

A potential hotel in Montrose is modeled as a profitable development option as part of this prospectus. Modeled returns are highest in the OZ, with 10-year project returns over 90%. The siting of the hotel is flexible, with locations available both inside and outside the Opportunity Zone. Locations within the OZ have the potential to capitalize on proximity to the new event center and serve the visitors year-round. Locations on the south end of Townsend Blvd are not within the OZ but would serve visitors wanting more affordable accommodations with closer access to Telluride. Modeled with a projected return of approximately 45%, development in this area of town can still be profitable. 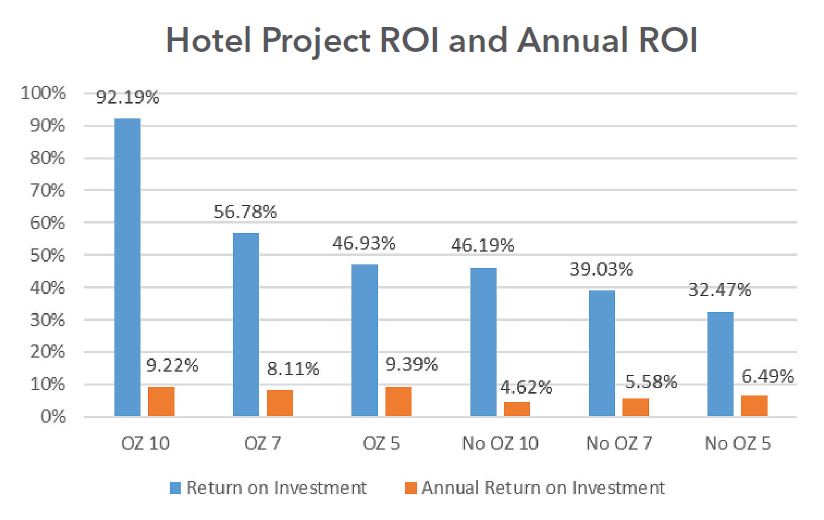 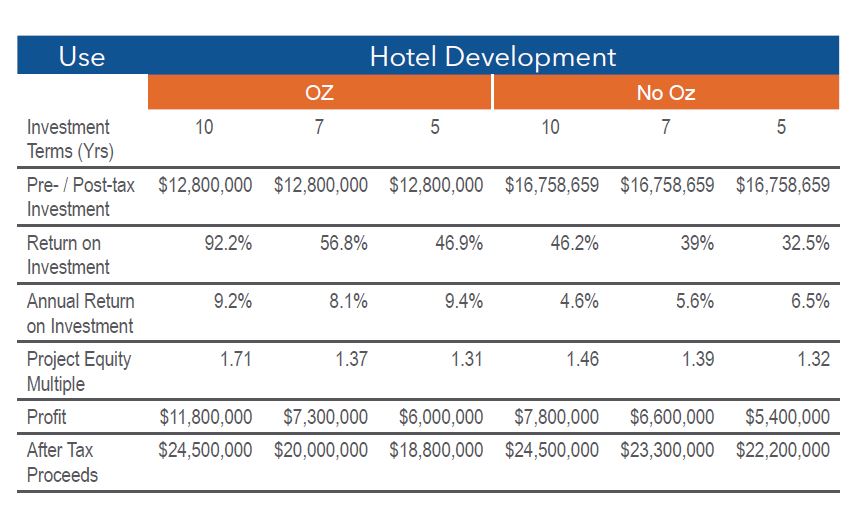