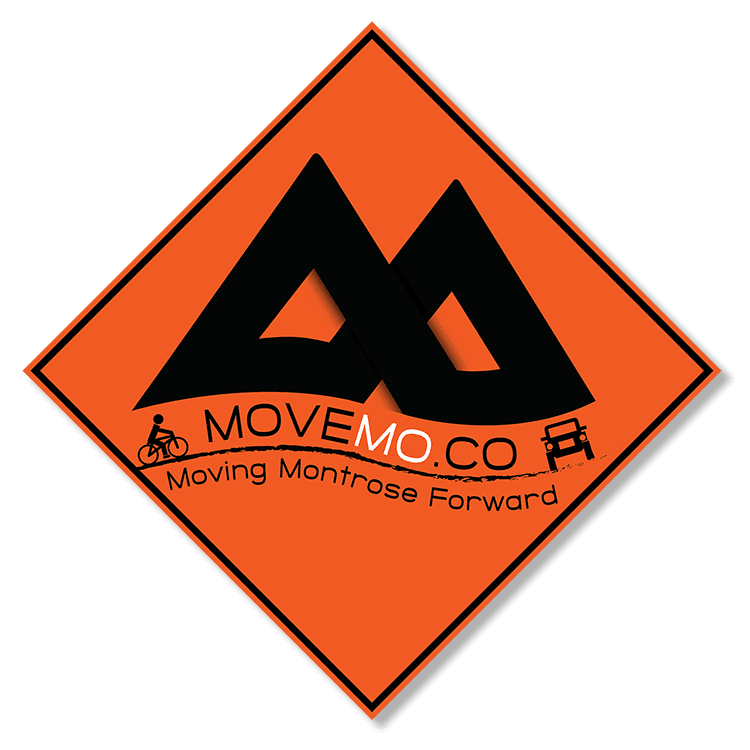 In a community survey conducted by the city in 2016, the “condition of city streets” ranked as the second highest citizen priority among city services, a priority directly linked to the highest ranking priority in the survey, namely, “traffic flow and congestion management.”

In the years during and since the Great Recession, the city has accumulated a large backlog of street maintenance needs that must be addressed before streets deteriorate to a point that maintenance is no longer possible and complete reconstruction is required. The 2018 and 2019 maintenance resources have been carefully directed to deteriorated, but still recoverable, street segments.

Montrose Moving Forward maintenance work is budgeted under the city’s General Fund. Where appropriate, resources from the city’s water and sewer funds will be used to perform utility improvements within certain project areas. No grant or Colorado Department of Transportation funds are being used to fund this project.

The interactive project map shows street segments that are included in the 2018 and 2019 maintenance schedule. Select a specific road on the map to view more information about project scheduling and the type of work that is planned.

The city will perform different types of maintenance work, depending on the condition and specific needs of each street segment. Types of work include crack seal, asphalt sealing, cape seal, asphalt overlay, and complete replacement. 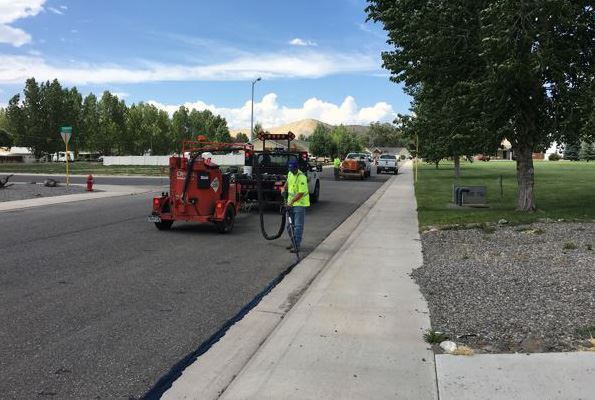 Crack sealing is the first line of defense against water intrusion into the sub-surfaces (base and sub-grade) that lie below the asphalt pavement. Preventing water from intruding into the pavement will prevent further failures such as potholes and alligator cracks from developing. Cracks typically appear within five years of new pavement construction. Our Colorado climate creates more cracks in asphalt pavements than many other areas of the country, based on our extreme pavement temperature fluctuations.
The process requires clearing the cracks of any foreign material utilizing mechanical brushes, blowing the cracks out with compressed air, and filling the prepared cracks with flexible asphalt material. Crews progress quickly causing only temporary lane shifts and closures. Residents are encouraged to observe all traffic control even when crews are not present. This is often intended to allow time for the flexible asphalt material to dry. All attempts are made to maintain access to all driveways and business entries. After the material has cured, the roadway will be swept of all excess material that may be been removed while clearing the cracks prior to filling. 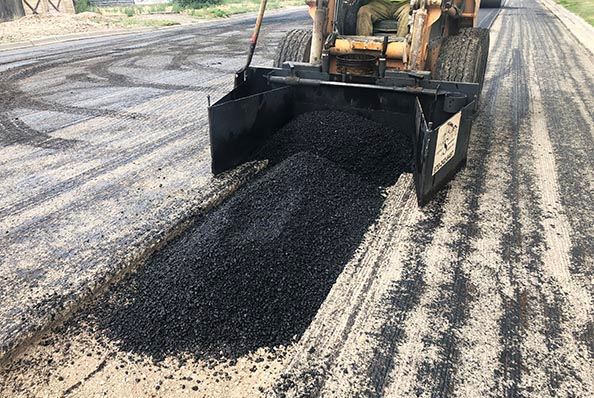 Major asphalt patches are required to repair failed areas in the pavement surface. The City patches distressed areas such as, pot holes, alligator areas, settlements, utility trenches, and repairs necessary due to construction work. This process requires traffic control, removal, and replacement of the pavement. Our patching program is completed both by city staff and by contractors ahead of overlay and cape seal projects.
Projects are typically completed on same day. Depending on patch size and location, the patch may be prepared one day, then patched the following day. 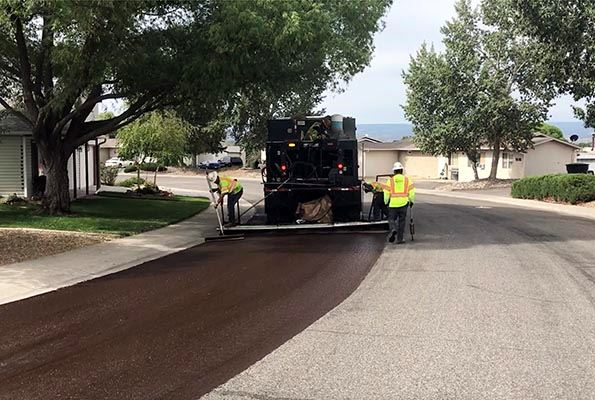 Capes seals are a combination of two traditional maintenance techniques, chips seals and slurry seals. This allows the user to take advantage of the best qualities of both types of projects. This technique is utilized when the existing pavement is beginning to show signs of distress such as cracking, minor potholes, and limited rutting. Prior to the pavement condition deteriorating further, a cape seal can be applied to existing roadways to prevent further deterioration while improving the overall pavement condition and usability of the road.

The cape seal process involves many activities. Prior to the application of the cape seal, necessary asphalt patchwork, and crack sealing will occur. Once all necessary patching has occurred, the roadway will be thoroughly cleaned. The first application will be of a traditional chip seal. This consists of a single application of liquid asphalt which is then covered by a cover aggregate. Traffic can return to the roadway after the cover aggregate has been rolled into to asphalt. Drivers are encouraged to drive cautiously during this time until excess aggregate has the opportunity to be swept off the roadway.

After a curing period of approximately two weeks, a second application of a slurry seal will occur. A slurry seal includes a suspension of aggregate in an oil/water emulsion. During application a slurry is a thin liquid, although it quickly cures to form a thick, tough mat on the surface of a road. This particular installation is a type II slurry, meaning the maximum rock size is about 1/4″ in diameter. Curing takes between 2 to 6 hours, depending on weather conditions. The road may be opened back up to traffic after the material has finished curing.

Cape seals are typically very well received from all user groups. Including both motor vehicle drivers, and cyclists. The slurry seal top layer provides excellent ride ability while also giving the city confidence is many more years of service life out of the chip seal and slurry seal combination. To finalize the project, the installation of pavement markings, necessary roadways signs, and final site restorations will occur. Where appropriate, the city is taking advantage of the new surface as an opportunity of reconfiguring pavement markings with the installation of center turn lanes and bike lanes to improve traffic flow and improved safety for motorists and cyclists. Most roadways will require minimal maintenance for many years to come after project completion. 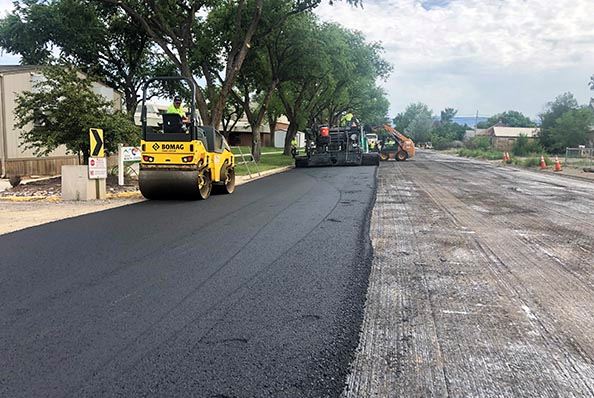 The asphalt overlay process provides a new pavement driving surface on existing streets. This technique is utilized when the existing pavement has deteriorated to a condition that a traditional chip seal or cape seal will not sufficiently correct the documented deficiencies. However, the condition of the road has not deteriorated beyond the point of requiring a full replacement.

The asphalt overlay process involves many activities. Prior to the actual overlay, necessary concrete repairs, asphalt patches, installation of new American Disability Act (ADA) access ramps, and utility access lid adjustments will be completed. Many overlay projects will include some portion of milling of the existing pavement prior to the installation of new asphalt. Asphalt milling allows for the removal of minor surface deficiencies, not elevating the center crown height, while also allowing the new overlay to match adjacent gutter lines. After the necessary prep work has been completed the installation of new asphalt will begin. This typically includes placing two inches of new hot mix asphalt.

To finalize the project, the installation of pavement markings, necessary roadways signs, and final site restorations will occur. Closures necessary during this process will be minimal. Most often times the road will remain open during prep work with the only closure or detour being during major and the actual overlay process. Access is typically restored to customers within the same day. Where appropriate, the city is taking advantage of the new surface as an opportunity of reconfiguring pavement markings with the installation of center turn lanes and bike lanes to improve traffic flow and safety for motorists and cyclists. Most roadways will require minimal maintenance for many years to come after project completion. 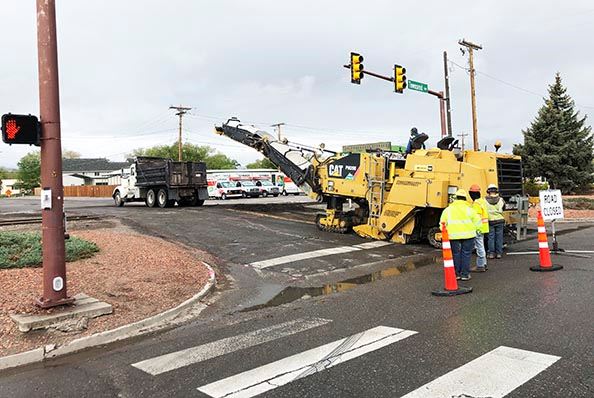 Complete asphalt replacement provides a new full depth asphalt pavement on existing streets. This technique is utilized when the existing pavement has deteriorated to a condition that an asphalt overlay will not sufficiently correct the documented deficiencies, and the extent of patching required to bring the pavement to a condition acceptable for an overlay is less economical than a full replacement.

The complete asphalt replacement process involves many activities. Prior to the actual replacement, necessary concrete repairs, installation of new American Disability Act (ADA) access ramps, and utility access lid adjustments will be completed. After necessary prep work has been completed the existing asphalt will be removed. This will be completed using traditional excavation machines or with the added efficiency of a milling machine. In select locations the milled asphalt may be utilized in place to increase the overall strength of the roadway and reduce project costs.

After the existing asphalt is removed, the remaining base, will be reconditioned, compacted and proof rolled to confirm the strength of the soil. Installation of new asphalt varying in depths ranging from three to five inches, depending on the type of roadway, will come next. To finalize the project, the installation of pavement markings, necessary roadways signs, and final site restorations will occur. Where appropriate, the city is taking advantage of the new surface as an opportunity of reconfiguring pavement markings with the installation of center turn lanes and bike lanes to improve traffic flow and improved safety for motorists and cyclists. Most roadways will require minimal maintenance for many years to come after project completion.
Interactive Maps
Find all the interactive
maps you need
Notify Me
Sign up to receive email
and text notifications
Videos
Explore the
City of Montrose
Forms & Documents
Complete necessary
documents
Employment
View current job listings
with the city
[]