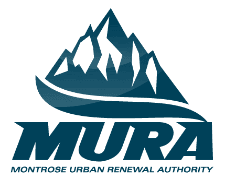 The Montrose Urban Renewal Authority (MURA) was formed in late 2016 by a resolution of the Montrose City Council. MURA encompasses approximately 160 acres along the Uncompahgre River northwest of downtown Montrose.

The master plan for Colorado Outdoors, the development that lies within the MURA's boundaries, includes approximately 670,000 square feet of development; the northern section is comprised of hotel and restaurant sites, with retail spanning Grand Avenue along the east end. Modern, quality housing units round out the southern end, with abundant open space and trail access adjoining the properties.

Leadership
Board members and the organizations they represent are:

Meeting materials for the MURA and other city boards are posted regularly on the city's Public Meetings Portal.

Please see the City of Montrose Archive Center for meeting packets, agendas, and minutes for MURA board meetings held prior to November 20, 2021.