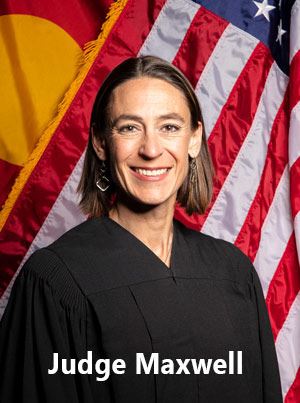 Chuck graduated from Gardena High School in Gardena California in 1965. He then attended the University of California at Santa Barbara and Berkley, earning a Bachelor of Arts degree in Economics in 1969.

After graduating from college, Chuck attended Georgetown University Law Center in Washington D.C., where he received a Doctor of Jurisprudence degree in 1972. He then came to Colorado with Colorado Rural Legal Services, first in Trinidad and then Montrose. In 1974, Chuck was appointed Deputy State Public Defender in Montrose. He then went into private practice with Edward D. Durham and thereafter formed his own firm in 1989.

Chuck has served on the Board of Directors of the Montrose County Chamber of Commerce, the Montrose Youth and Community Foundation, and the Colorado Child Protection Ombudsman Board. While a judge, he also served on the Judicial Ethics Advisory Board and Model Criminal Jury Instruction Committee.

Chuck is married to Aljean Greenacre and has one son, Joel. His son and his wife, and Chuck’s two lovely grandchildren, live in the Montrose area. When not attending to legal matters, Chuck maintains a small farm. He also enjoys hunting, fishing, camping, bicycling, and hiking.