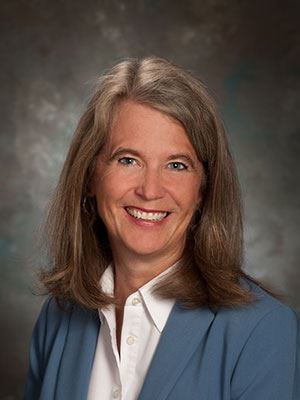 Since moving to Western Colorado twenty years ago, Barbara has had the opportunity to serve on both nonproﬁt boards and in elected positions on special government boards. She is passionate about the community and eager to volunteer her time to be part of discussions that contribute to solutions that improve Montrose and the lives of people in the community. She sees the work the City is doing as innovative and exciting and wants to be part of that work, helping Montrose to continue moving forward.

Barbara's experiences thus far have provided her with a set of skills that make her an eﬀective councilor. She has served on City Council since 2017, including a turn at Mayor in 2020. Additionally, she serves on the State of Colorado’s Department of Local Affairs Mineral and Energy Impact Assistance Advisory Fund Committee. Her prior work with the Montrose Recreation District gave her experience with large capital projects, the related infrastructure, and the accompanying public ﬁnance tools. Her State Land Board experience provided an extensive background in public lands management. Additional experiences, such as serving as vice-president of the school board and participating in the Chamber’s leadership class, have taught her much about the people and organizations in Montrose.

Her formal education includes a four-year degree that taught her to think critically, to draw connections across disciplines, to conduct research and ask questions, and to communicate eﬀectively. Additionally, in 2017 she completed a three-week “Senior Executives in State and Local Government” program at Harvard’s Kennedy School of Government. This intensive program focused on developing the skills and knowledge necessary to exercise eﬀective leadership at the state and local levels of government.

Barbara enjoys participating in community events, festivals, and budget meetings. She enjoys staying informed about what is going on in our community and considers herself to be an optimistic and enthusiastic person who strives to work collaboratively and civilly with others. She believes that it is an honor and a privilege to be entrusted with the work that local governments and special districts do on behalf of their constituents.

She and her husband Kelly have been married 27 years and have two children; Maggie lives in Washington DC and Danny attends the University of Colorado at Boulder. After living on the Front Range they decided that they wanted to live and raise their family in Western Colorado. They picked Montrose because of its quality of life and the opportunities it provided their family.

"We love playing in Montrose’s backyard including skiing, biking, rafting, 4-wheeling, ﬁshing, canyoneering, and hiking. We’ve even played golf at Black Canyon, so I can honestly say that we 'live here and play everywhere!'”