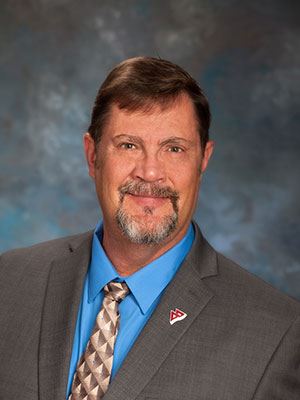 David M. Frank was born in 1962 in Montrose Memorial Hospital to Clarence Jacob Frank and Sharon Alice (Mohney) Frank. He spent three years in Montrose before his father's job with the Colorado Highway Department transferred the family to Grand Junction. The family moved back to Montrose in 1972 and Dave graduated from Montrose High School in 1980. After graduation, he joined the Sky Ryders Drum and Bugle Corps and joined the U.S.A.F. in 1981. Dave achieved the rank of sergeant, teaching electronics at Lowry AFB in Denver, Colorado. He was honorably discharged in 1987. Dave retired from a 25-year career in the culinary world in 2006 with the title “Chef de Cuisine”. Dave continues to host charity wine pairing dinners to this day. He has been working in the construction field for nearly as long, getting his first job as a carpenter in 1980. He still owns Whitetree Enterprises LLC, a construction and home inspection company, but has retired from both.

In 1991 Dave married Susan B. Patterson, becoming a father to Zachary Clarence Frank. In 2009 he was blessed with a granddaughter, Addison Rose Frank, and two more granddaughters in 2014, Tristan Noel and Susan Marie.

Dave has been active in both church and the Magic Circle Players community theater, serving as a deacon and worship minister, and on the board of Governors at MCP. He has previously served on the board of Directors of the Dolphin House and as a member of the Montrose Republican Central Committee.

Dave is active in the community, currently serving on the Montrose Community Foundation and on the Board of Directors of the Montrose Rotary, as well as serving as Assistant Governor for Rotary District 5470.