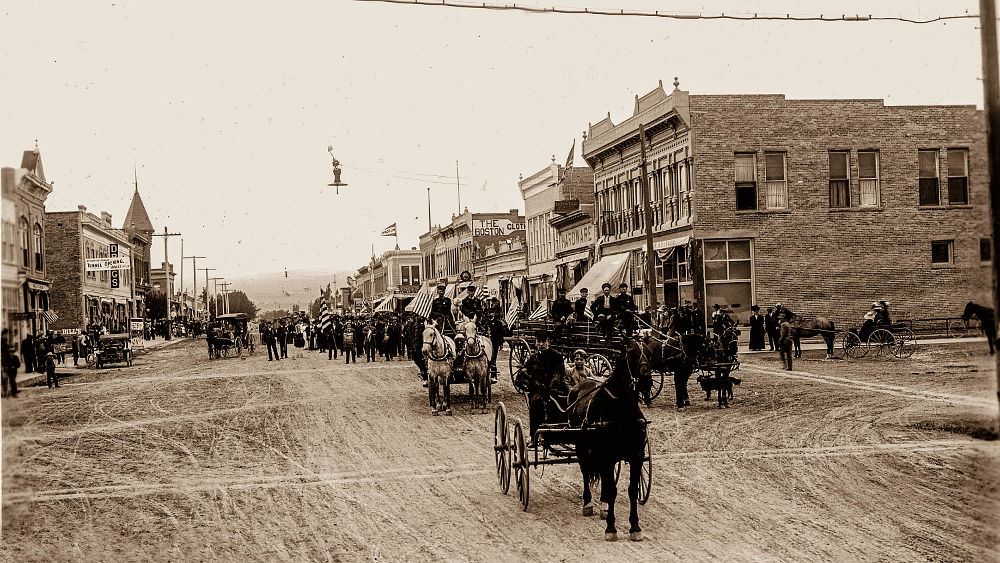 The first settlers came to the Uncompahgre Valley in the 1870s but legally could not purchase land until after September 1881, when the Ute Indians were removed from their land and put on a reservation in Utah. The first stake was driven in December of 1881 and in 1882 Montrose officially became a town.

The town was known as Pomona, Dad’s Town, Uncompahgre Town, and several other names before it finally came to be known as Montrose. Joseph Selig suggested the name Montrose after a favorite character in Sir Walter Scott’s novel, The Legend of Montrose.

The town of Montrose was founded originally to provide supplies to nearby mining communities. With the mines' decline, agriculture soon became the primary economy. Settlers worked the fertile valley soil producing fruits, grains, vegetables, and livestock.

The Gunnison Tunnel, constructed to provide vital irrigation water to the valley, opened in 1909. Its opening was highlighted by the visit of President Taft and signaled the beginning of a new era of agricultural production in Montrose.

The same strategic location that led to Montrose becoming a hub for transportation and commerce at its founding still serves as an asset today. Although much has changed since the city’s beginning in 1882, Montrose continues as a thriving gateway to the many wonders of Western Colorado.

Take a Walk Through History

Accept our invitation to download the Historic Downtown Walking Tour brochure and take a stroll through historic Montrose downtown.

Explore other opportunities to experience Montrose's history at VisitMontrose.com.